What is the Acceptance of Benefits Doctrine? 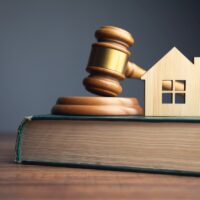 The acceptance of benefits doctrine is a legal doctrine that concerns how and when a party can challenge a court’s judgment. Failing to understand the implications of the doctrine can leave a party in dire straits following a divorce, should they find themselves unable to challenge a settlement or court order despite the existence of problems or inequities. Read on to learn about the acceptance of benefits doctrine and how it applies in Texas divorce matters, and call a Houston family law attorney for assistance with your Harris County divorce.

Defining The Acceptance of Benefits Doctrine

Acceptance of benefits is a legal doctrine that states that a person cannot challenge a court judgment after already having accepted benefits from that judgment. Stated differently, a litigant cannot treat a court judgment as both right and wrong. For the purposes of family law, if a party has, for example, accepted the benefits of a property settlement agreement, they cannot later challenge that settlement unless they can offer special circumstances for doing so.

The court denied the motion to set aside the agreement and issued the final divorce judgment. Ms. Kramer appealed, but the appeals court dismissed her appeal on the grounds that the acceptance of benefits doctrine prevented her from contesting the property settlement agreement as she had already received benefits from it.

The Texas Supreme Court reversed the appellate court and sent the case back to the trial court to revisit Ms. Kramer’s objection. Notably, the Court did not challenge the validity of the acceptance of benefits doctrine generally. Instead, the court held that the doctrine did not apply to the facts of the case, given the odd 12-month period between the family court’s oral and written judgment. The Court also asserted that Ms. Kramer had not shown any clear intent to benefit from the property settlement agreement.

Although the Texas Supreme Court sided with the party challenging the judgment, the Court’s decision makes clear that the acceptance of benefits doctrine is established Texas law. If you enter into a property settlement agreement, make sure that you are certain the agreement represents everything you hope and expect to receive. If you start accepting the benefits of the agreement, you could lose out on your chance to challenge the agreement later, even if you change your mind about the advantages of the agreement.

If you’re going through a divorce in Texas and want experienced, effective legal help in protecting your interests, securing favorable asset distribution, resolving a custody dispute, or reaching a divorce settlement, contact the Houston offices of family law attorney Maria Lowry for a consultation on your case.