Taking a Closer Look at Attorney Awards and Evaluations 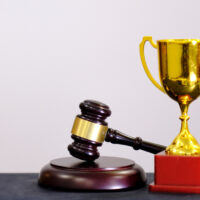 When you’re in the market for an attorney to represent you in a Texas divorce or custody dispute, it can be difficult to know where to begin or who to trust. If you start by simply sifting through the websites of attorneys in your area, you might notice that many attorneys include a list of accolades and awards they’ve earned over the years. While these distinctions may seem impressive at first, it’s important to remain somewhat skeptical and investigate the origin of each of those awards. Some are not as meaningful as they initially appear. Learn more below about how some of these awards work and how to tell whether an award is something more than a marketing tactic.

Figuring out whether an attorney award is an indication of skill or success isn’t always simple, but by doing a bit of googling and looking for a few important factors, you can get a sense of its legitimacy. Specifically, ask:

Despite the potential for scams and pay-to-play arrangements, there are attorney awards that do indicate a meaningful distinction. One of the most important features of a meaningful attorney award is that it has been provided through client or peer nomination, rather than simply an ambiguous third party. For example, the annual list of top lawyers published in Houstonia magazine is based on nominations from attorneys in the community. Attorneys who have practiced alongside (or in opposition to) a potential awardee are well-equipped to provide feedback on that attorney’s capability, legal knowledge, and ethics. Another example is Avvo, which uses peer reviews, publications, speaking engagements, and Bar association membership or leadership roles to compose the ratings they assign to attorneys. Avvo also provides a forum for clients to review their attorneys, as well, so you can compare actual client experiences with the lawyer’s reputation in the community.

For trustworthy and experienced help with family law matters in Texas, contact the Houston Law Offices of Maria Lowry at 713-850-8859.