Can Social Media Accounts Make a Difference in My Divorce? 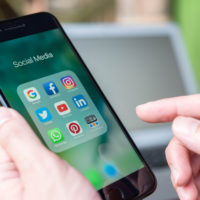 You may be feeling sad, stressed, or angry as you go through a divorce. For many of us, social media accounts like Facebook and Twitter have become a place to discuss our thoughts and feelings, despite the fact that hundreds or thousands of people may be able to read those posts. Sharing this sort of private information might be harmless under normal circumstances, but during a divorce, it can do serious damage to your case. Read on to learn more about the role of social media in a divorce.

Not as private as you think

After a breakup, it can be tempting to talk publicly about how wonderful your new life is without your ex in it. You may even exaggerate the details slightly for effect. This can lead to serious trouble during a family court case, however. Divorces and custody disputes can result in bitter fighting between you and your ex. You may both be looking for evidence that the other spouse is hiding assets from the court, living with a new partner, or would be unfit to hold custody of your children. As a result, photos you posted on Facebook depicting a lavish vacation, expensive new jewelry or cars, or the wild weekend you spent in Vegas could end up before a judge as evidence of your financial assets or unreliability, as could angry rants against your ex written in a moment of frustration. It might seem crazy, but social media posts can and have served as evidence in countless custody hearings and divorce trials.

Beware the stranger who adds you

Making your Facebook and Instagram accounts private is a good idea at the start of a divorce, but just because your page is private, it doesn’t mean you have carte blanche to post freely. Over the years, you may have added people as friends whom you don’t know well, or friends you thought you knew might take your ex’s side in a split. There isn’t anything stopping those people from taking screenshots of your posts and sharing them with your ex. Similarly, some private investigators may try to add you as a friend in order to get a peek at your page. Don’t add anyone you don’t know, and know well, during your divorce or custody dispute.

When in doubt, keep it to yourself

The best social media policy for someone going through a court case is to keep anything very personal off your page, especially as it relates to your case. If you can bear to be without it, you may consider deactivating your account for a time to eliminate the temptation to overshare on the sites. However, do not go on a deleting spree—you may end up accidentally violating discovery laws and rules by destroying evidence that could have been used at trial.

Speaking of evidence, social media posts create a permanent record that may be used to contradict what you say in a deposition. Facebook posts can be used by the other side to show you were someplace other than where you told them you would be. For instance, it’s a bad idea to tell your almost-ex that you’ll be at your mother’s, and then post pictures of a night out at the club. Or to check in from out-of-town when the children are calling the other parent that they’ve been alone all day. Another common mistake is using social media as a platform to bad-mouth the other party, especially if you share children together. You may be asked in a deposition whether you disparaged your spouse to others and answer in the negative, forgetting about what you may have said online. These kinds of mistakes can have a huge negative outcome on your divorce, child custody dispute, or other family law matter.

If you’re considering filing for divorce in Texas, contact the committed and knowledgeable Houston custody lawyer Maria Lowry for a consultation, at 713-850-8859.

By Maria Lowry | Posted on April 20, 2017
Skip footer and go back to main navigation