Can Grandparents File for Custody in Texas? 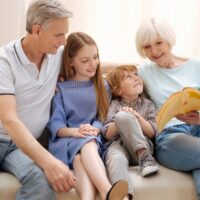 Typically, a party battling for custody will be one of the parents involved–either the birth parents or someone alleging that they are the biological parent. Grandparents, however, can be just as important to a child’s life. Many grandparents wish to be a part of their grandchildren’s life, and under certain circumstances, they may even wish to step in and take over the parental role. In Texas, do grandparents ever have custody rights? If so, under what circumstances? Read on for answers to these questions. If you are facing custody disputes or other family law matters in Harris County, call a seasoned Houston child custody lawyer for advice and representation.

Grandparent Custody With Consent of Parents

There is an important distinction between access rights and custody rights. Under certain circumstances, Texas grandparents can petition the court for access to their grandchildren, essentially asking for visitation or grandparenting time. Typically, courts will defer to the power of the parents to decide who interacts with their children and will not grant visitation over their objection. A Texas court can authorize grandparent visitation, however, even over the objection of one or both parents, under the following circumstances:

A grandparent can petition for managing conservatorship (a) when all surviving parents and/or guardians agree to let the grandparents take over; or (b) where the grandparents can demonstrate the child’s current circumstances with the parents present a serious risk to the child’s emotional or physical health (typically, due to neglect or child abuse). Additionally, any party, including a grandparent, can petition for managing conservatorship if they have had “actual care, control, and custody” of the child for at least six months.

Grandparents may also file to intervene in a child custody case started by another party in order to seek their own custody rights.

If you’re dealing with family law issues including child custody, alimony, property division, child support, or any other family law matter in Texas, get professional help protecting your rights by contacting the seasoned and qualified Houston family law attorney Maria Lowry at 713-850-8859.

By Maria Lowry | Posted on March 19, 2021
Skip footer and go back to main navigation