How to Prove Common Law Marriage in Texas 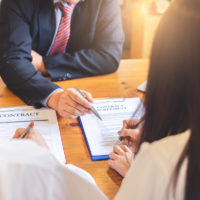 Texas law, like many states, includes provisions for common law or “informal marriages” that have not been formally certified by the state. These informal marriages, once proven, carry the same rights and responsibilities of formal marriage. Proving that a common-law marriage exists for the purposes of adoption or tax breaks, for example, can be tricky. Learn below the elements for proving a common law marriage in Texas, and contact a knowledgeable Houston family law attorney for help.

An informal marriage in Texas is a legal marriage but one that exists without the formalities or ceremony of a typical formal marriage. In order for a common law marriage to exist, you must demonstrate certain legal requirements. It is not important how long you have lived together or whether you have children.

In order to prove that a common-law marriage exists, the parties must first demonstrate that they are legally eligible for marriage in the state of Texas. Legal eligibility requires the following:

If the parties are legally eligible for marriage, then they must meet three additional requirements to qualify as legally married.

If you and your spouse satisfy the above criteria, then together you can sign a Declaration of Informal Marriage with the county clerk. Once signed and submitted, the declaration is a valid proof of marriage, and you are considered married for all legal purposes. You can obtain the form from the county clerk. Note that a Declaration of Informal Marriage is not required to create a common law marriage in Texas, but it does offer official proof that such a marriage does exist.

Proving the Marriage Existed After the Fact

If you were in an informal marriage and are now separated, you may wish to demonstrate that you were previously married for the purposes of spousal or child support or other reasons. The elements of an informal marriage must all have been met for the time period you claim you were married in order for you to obtain a proper divorce. Additionally, you must prove that the marriage existed within a certain time period after the end of the relationship. Pursuant to section 2.401(b) of the Texas Family Code, you have two years following your separation to prove the validity of your informal marriage. If you do not prove that you had an informal marriage within two years after separation, there is a rebuttable presumption that no marriage existed. Unless this presumption can be overcome or rebutted with sufficient evidence, the courts will decide that you did not actually enter into an agreement to be informally married, and you will not have the legal benefits of a divorce proceeding.

Get Help with Divorce and Family Law Matters in Houston

If you’re facing divorce or other family law issues in Texas, get legal help protecting your rights by contacting the seasoned, compassionate, and effective Houston family law attorney Maria Lowry at 713-850-8859.