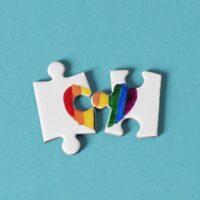 Same-sex marriage has been legal in Texas for over half a decade. Same-sex couples can get married, which means they can also divorce. While the same general rules apply to same-sex divorce, there are a few additional complications that can come into play. Continue reading for a discussion of the similarities and differences between same-sex divorce and heterosexual divorce in Texas, and call a seasoned Houston divorce lawyer for help with a Texas family law matter.

Courtesy of the United States Supreme Court, same-sex marriages are legally recognized in every state across the country. Same-sex marriages and heterosexual marriages are treated the same under Texas law. As a general matter, the parties to a same-sex divorce have the same rights and responsibilities as do opposite-sex couples. Likewise, Texas gives full recognition to marriages that were legally entered in a different state. With a few exceptions discussed below, the divorce process should be more or less the same as with any other marriage.

A common-law married couple can obtain a divorce like any other legally married couple. There is a time limit: If you break up and haven’t been with your partner for two years or more, then your common law marriage claim is presumptively void. If you wish to obtain legal rights in divorce, you need to act soon after the breakup.

Although same-sex couples are afforded the same rights as heterosexual couples, there are additional complications that may arise in same-sex divorces. In particular, there may be issues concerning child custody. If both parents are either adoptive or biological parents to the children, then the custody portion of the divorce should be handled the same as a heterosexual divorce, i.e., a preference for joint custody and an evaluation of other factors.

If, however, one parent is neither biologically related nor the adoptive parent, the matter can become more complicated. Many same-sex families predate same-sex marriage being legalized in Texas. Texas made the process for same-sex couple adoption very difficult and drawn-out, if not impossible. Even after the legalization of same-sex marriage, the second parent may not have been named on the child’s birth certificate. A same-sex partner may be legally a step-parent, rather than a parent, which carries fewer rights and responsibilities. However, a non-parent who has acted in the role of parent has standing to seek custody and visitation rights. These issues will need to be resolved as part of the divorce process.

If you’re dealing with family law issues including child custody, alimony, property division, child support, or any other family law matter in Texas, get professional help protecting your rights by contacting the experienced and effective Houston family law attorney Maria Lowry at 713-850-8859.