Divorcing With Children: Who Gets The Kids? 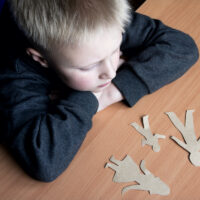 Deciding how parents will share parental responsibility can be one of the most heated and emotionally charged disputes in a divorce. Courts prefer parents to decide upon these matters between themselves, but when the parties cannot come to agreement, it will be up to the court to decide. Below, our knowledgeable Houston family law attorney explains Texas child custody law and how a court may determine who gets the kids.

If the Parents Agree

In Texas custody disputes, the family courts prefer that parents resolve the matter among themselves. Courts give deference to a child custody arrangement proposed by both parents together. When parties divorce or otherwise engage in a child custody dispute, the court may order the parties to engage in mandatory mediation in an effort to resolve any disagreements. The court’s preference is for the parties to come out of mediation with an agreement concerning physical custody and visitation, which the court will typically honor.

If the Parents Disagree: Best Interests of the Child

If the parents cannot come to an agreement before the divorce or after going through mediation, the court will need to decide upon child custody. The court will consider several factors and determine whether to award joint custody, sole custody, or third-party custody, as well as how possession and access will be structured.

Courts vastly prefer joint custody or joint conservatorship. In a joint custody arrangement, both parties will share the legal rights and responsibilities concerning the shared child. Both parents will retain the right to make important decisions concerning the child’s upbringing, such as decisions regarding the child’s education and medical issues. The court may award one party primary physical custody and grant the other parent visitation rights, or establish a shared physical custody situation, under which the child will spend at least 35% of their nights at each parent’s residence.

If one parent is not fit to raise a child due to incarceration, lack of mental capacity, a history of abuse, or other issues, the court might award sole custody to the other party. In that case, one party will have sole legal and physical custody. If both parents are deemed unfit or the child has already been living with another party, the court could even award third-party custody to another relative or appointed guardian.

When deciding upon child custody, the court will entertain arguments and evidence from each party and render a decision based on the best interests of the child. The best interests analysis includes several factors, including each party’s fitness as a parent, the child’s age, each party’s financial circumstances, the child’s preference (if the child is sufficiently old or mature), the location of the child’s school, the location of each parent’s home and place of employment, as well as other relevant factors. Sole conservatorship is rarely appropriate. Instead, the court will put limits on parental decision-making or on possession and access to protect the children while still officially granting joint conservatorship. The label itself is not as important as the actual restrictions and whether they meet the needs of your children.

If you’re dealing with child custody matters or facing divorce in Texas and would benefit from experienced, effective legal help in resolving a custody dispute or reaching a divorce settlement, contact the Houston offices of family law attorney Maria Lowry for a consultation on your case.

By Maria Lowry | Posted on August 2, 2022
Skip footer and go back to main navigation